Bureau Veritas Piraeus, in collaboration with the Head Office of the Marine & Offshore Division organized an LNG Seminar, which was held on the 17th of March 2022 at the Athenaeum InterContinental Hotel. The title of the Seminar was “LNG Transportation : Staying tuned in continuous evolution”.

Numerous members of the Greek Shipping Community attended the Seminar, which was also live-streamed giving the opportunity to interested parties for around the world to watch it live. 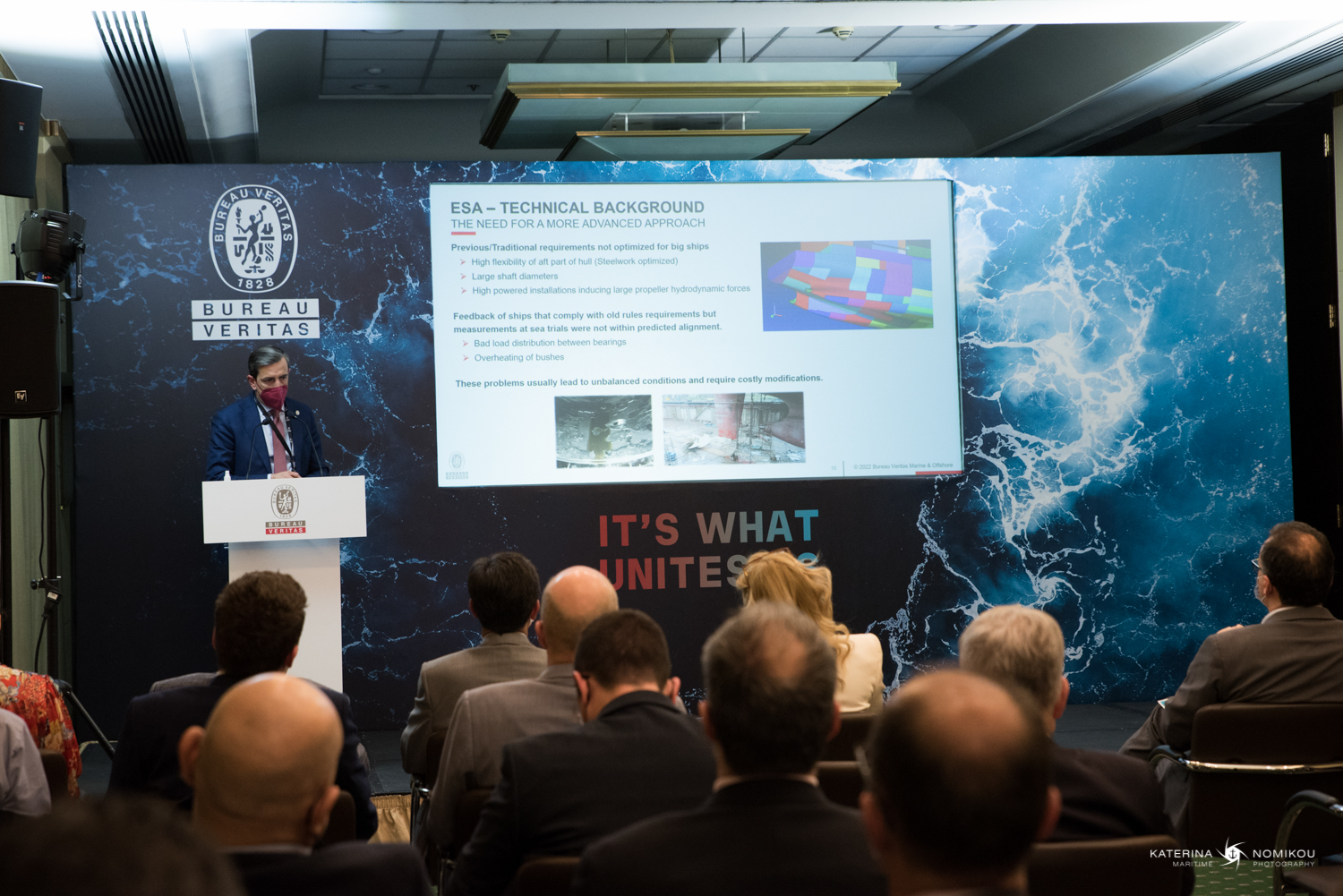 The meeting commenced with Mrs. Paillette Palaiologou, Vice President M&O Division South East Europe, Black Sea and Adriatic (SEEBA) Zone welcoming the attendees and making a short introduction on the subjects included in the agenda of the Seminar.

The round of presentations opened with Mr. Carlos Guerrero, Global Market Leader Tankers & Gas Carriers of Bureau Veritas who presented with Mrs Melodie Noris of BRS LNG Team an overview of the LNG carrier segment. They were followed by Dr John Kokarakis, Technology & Business Development Director of SEEBA Zone Bureau Veritas who updated the audience on the environmental regulations of the IMO & the EU. 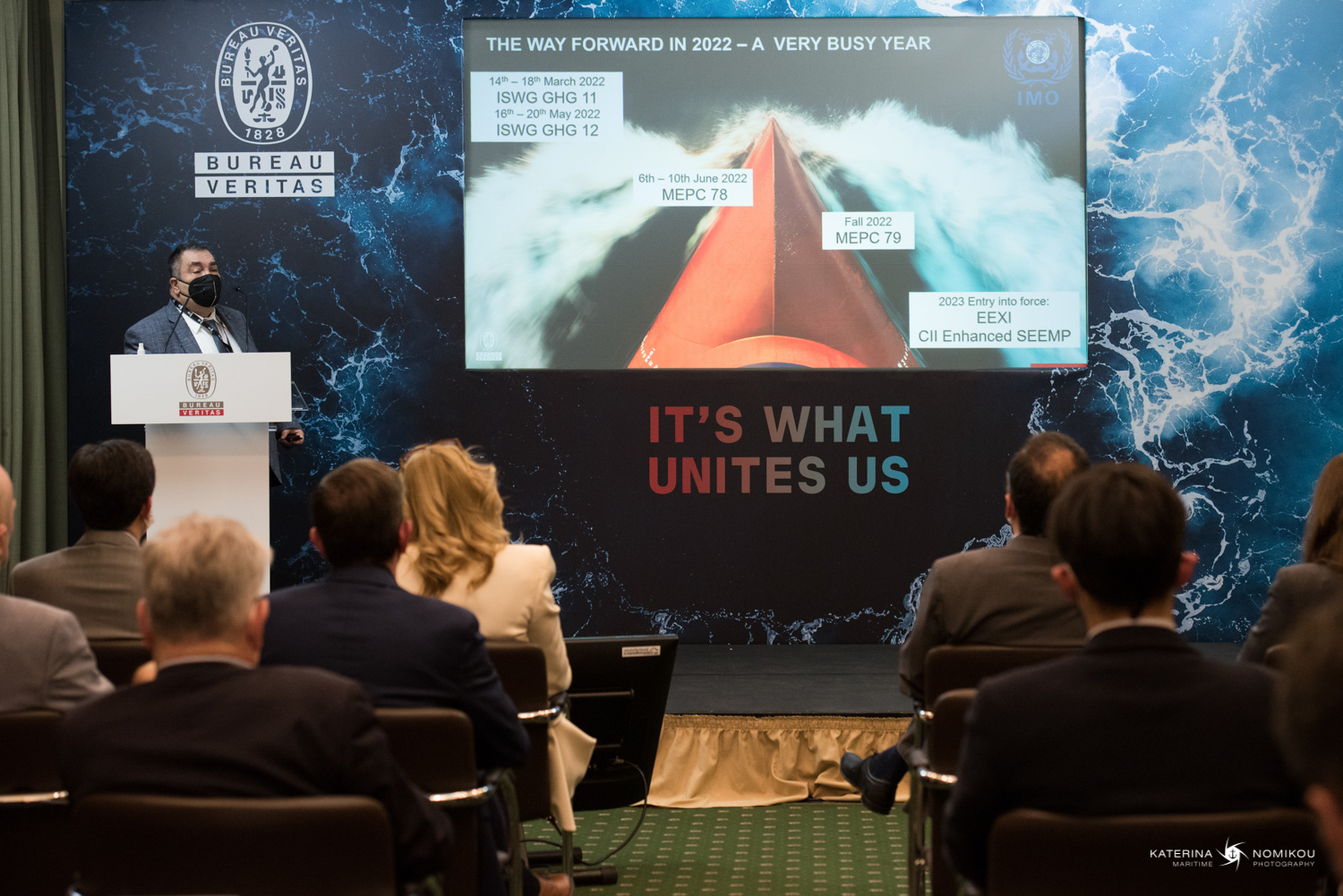 The first part of the meeting closed with Mr Karim Chapot, Technical Director of GTT who shared with the audience details on the launch of the new GTT containment systems NO96 Super+ and Next1, information about proposed digital solutions and an update on GTT technologies for LNG as fuel.

Consequently, the second part of the meeting commenced with Mr Vasilis Dimoulas, whose presentation about the impact of IMO and EU environmental regulations on the LNGC Market raised the interest of the audience, resulting in insightful questions. The floor was given to Mr Michael Jeppesen, Principal Promotion Manager of MAN who proceeded to a detailed presentation of the MAN ES Propulsion Solutions for LNG Carriers and was followed by Mr George Lymberopoulos, General Manager of WINGD who presented the latest X-DF Technology Updates. 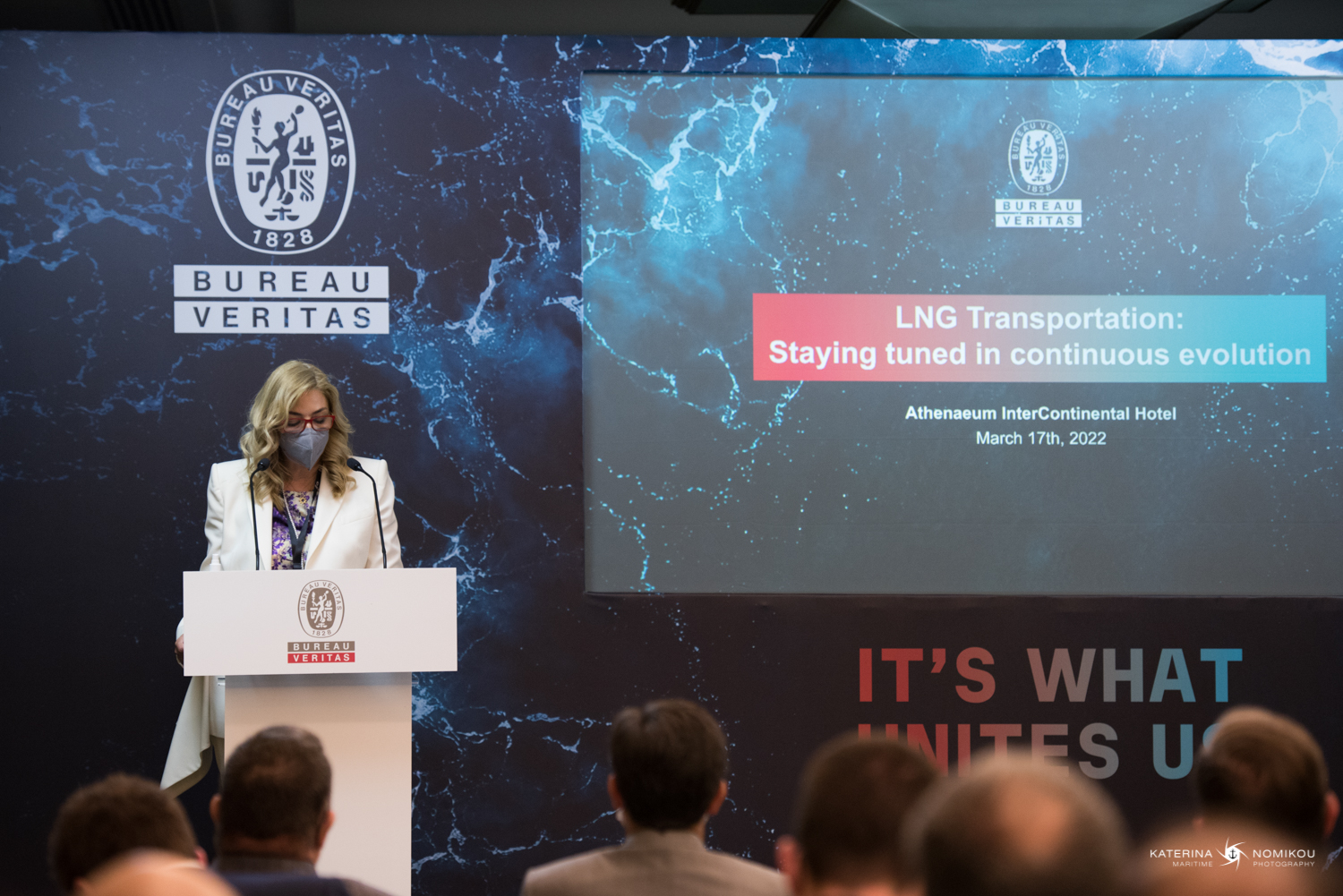 Paillette Palaiologou, Vice President South East Europe, Black Sea & Adriatic Zone at Bureau Veritas Marine & Offshore, commented: “The energy crisis is creating a continuously changing reality with increasing uncertainty and challenges that result in a vague near future. At the same time, the increasing pressure to decarbonize and reduce the carbon footprint of the vessels urges us to explore practical future-proof solutions and strategies in propulsion, cargo containment systems, LNG Carrier design optimization and re-liquefaction system while we evaluate the impact of IMO and EU regulations.

Furthermore, commercial pressure may push environmentally underperforming shipping companies out of the pole positions in the charter market, limiting their access to capital and investors. LNG carriers have made a headway to achieve significant improvements of energy efficiency. Advancements in propulsion technology have driven down emissions, with more efficient ship engines. LNG carriers built today can carry more cargo while using less fuel.

The industry is turning its thoughts towards the next generation of carrier vessels that will cover the supply chain for this vital energy source, implementing flexible, future-proof LNG carrier designs with a competitive edge. The demand for LNG is growing. Shipyard slots are being snatched for the construction of the next generation of carriers that will form the backbone of the future supply chain.

Environmental performance remains the most important KPI for LNG carriers in a highly competitive market.

Nonetheless, it goes without saying that given the highly risky international situation the LNG market is expected to be significantly affected as the energy crisis is still evolving and the commercial embargoes are changing the balance of commerce.”