While EEXI will apply to all vessels and CII to those of 5,000 gt and above, there is particular interest in how these rules will hit steamships, which number more than 200 and make up one-third of the LNG carrier trading fleet.

Vassilios Dimoulas, Bureau Veritas Technology and Innovation Manager for Greece, Cyprus and Malta, said that according to the company's analysis, no steamships — except perhaps a few of the more modern ones — will meet the one-off EEXI certification that comes into force on 1 January 2023.

Modern two-stroke LNG carriers are likely to satisfy EEXI with a good margin, he said, while dual-fuel diesel-electric vessels should be marginally above, with a small proportion falling slightly below.

But he said LNG steamships will need to make substantial power reductions — in some cases operating at less than 50% of the maximum continuous rated power output of their engines — to comply with EEXI.

In practice this means their speeds will reduce to 15 to 15.5 knots or less, Dimoulas said, which is a “really inefficient point of operation” for these vessels. 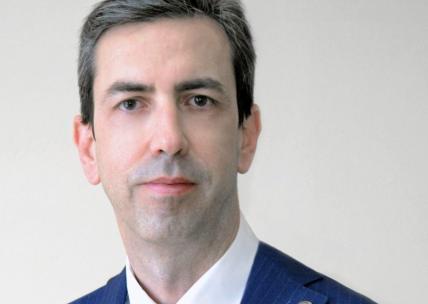 Vassilios Dimoulas says LNG carrier steam turbine vessels will need to reduce their speeds to 15 to 15.5 knots or less to comply with the new regulations.
Photo: Bureau Veritas

While many ships’ average speed already comes in at these numbers, the big issue for LNG steamships is that being forced to slow down will push their power consumption closer to their lower cargo boil-off rate, which would force them to burn the excess boil-off gas.

The EEXI calculations have already been fixed by the IMO and the excess boil-off gas was not taken into account.

But it has emerged that a new International Association of Classification Societies working group has been tasked to look at how to define and calculate excess boil-off.

IACS’ permanent secretariat told TradeWinds it has set up two project teams under its environment panel to address EEXI-related issues.

“The first will work towards providing guidance for performing and validating numerical calculations of the EEXI reference speed. The second will look to develop guidance around implementation issues associated with EEDI. The list of items to be covered by this project team is being worked on currently and, while LNG issues such as boil-off rate calculations may be included, this cannot be confirmed at this time.”

When asked about the schedules for these working groups, IACS said that because of the “technical complexity”, it is difficult to be precise.

“At this early stage, both are targeting to complete their work in the third quarter of 2022,” it said.

If EEXI will create a one-time challenge to the steamship fleet, the application of CII, which gives ships an A to E rating each year, could prove more finite.

End of the road?

Dimoulas said Bureau Veritas’ analysis based on the IMO DCS 2019 figures shows that for CII, most ships will be over the C ­rating threshold. While the IMO has not yet stipulated any penalties for D or E rated vessels, he said charterers may prove more reluctant to take them.

And some market players say that is the point of the exercise: the removal of the most inefficient ships from the market. They question whether there should be too many tweaks to the EEXI calculations that could enable ships to go faster and so trade longer. 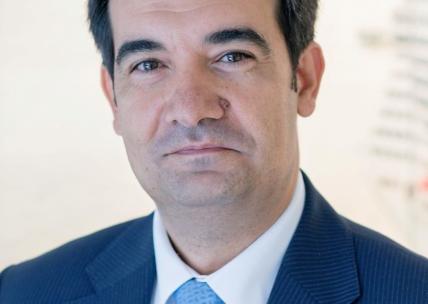 Carlos Guerrero believes it is too early to make predictions on the phase-out of the steam turbine LNG fleet.
Photo: Bureau Veritas

“There's a new technology available called gas injection which is more efficient and we should be changing over to it,” Moore said.

Others counter that there is plenty of life in many of these vessels yet, and to take one-third of the fleet out of the equation when demand for LNG is growing makes no sense.

So what can owners do to enable their vessels to comply with EEXI, trade on and achieve acceptable CII ratings?

Dimoulas said they can try to improve hull efficiencies to enable vessels to go one or two knots faster at these lower power levels.

Bureau Veritas’ global market leader of gas carriers and tankers, Carlos Guerrero, said that for vessels over 25 years, it might be the right decision is to scrap them after 2023, but most will keep trading at least up to 2026.

“They are needed by the market,” he said.